Your Meta Quest 2 VR headset should soon reach a new milestone, as update v40 is steadily rolling out right now.

Once your device has received the upgrade you can expect several new security and accessibility options to become available. This includes selective app restrictions that will help you keep some users from accessing content you don’t want them to.

When v31 of the Quest 2 software was released, Meta gave users the ability to lock their headsets behind a pattern password that they had to draw out. This feature’s now getting a tune-up in this latest update; rather than just locking the whole headset, you can now selectively lock individual apps and games.

As noted in the Meta Quest blog, this will let other headset users only play content that you deem age-appropriate without having to completely lock them out of the headset. Even with this feature on, you may still want to keep an eye on what your kid is playing in VR, and one of the best ways to do that is to cast your Quest 2 to your TV to see what they see in the headset.

Speaking of security, v40 will mean making secure 3DS authorized payments is a bit easier. Before the update hit, you had to use the Oculus mobile app to authorize these kinds of payments from credit cards. Now that authorization will be handled inside the Quest 2 headset.

Note this will only automatically apply to Quest Store purchases, as in-game purchases will require developers to opt in and allow the native authorization.

It’s not clear from the blog who will be included in this test, nor how you opt-in – and our Quest 2 headset has yet to be updated. For now, it looks like you’ll need to wait for encryption to properly come to the Quest 2’s Messenger, though with this update, we might not be waiting much longer.

Then for accessibility, there’s new audio support that will let you toggle between the headset’s default spatial audio and a new mono audio mode. Once switched on, mono audio will make the headset’s speakers (or connected headphones) play the same sound from both sides.

This will dampen the game’s immersive feel, but will hopefully make it easier for those who are hard of hearing to engage with the VR content. In addition, new audio channel settings will let you manually adjust the balance between your right and left side.

Lastly, there’s the addition of new VR-compatible keyboards being added to the Quest 2’s supported devices.

If you want to go all-in on the metaverse and work inside one, you’re going to want to snag yourself either the Logitech’s K830 keyboard or Apple Magic Keyboard. Not only do these keyboards pair with the Quest 2 but a virtual representation of them appear exactly where the keyboard is in real life, allowing you to use them while immersed in VR.

Two new keyboards are being added to the mix now too, the Logitech K375s and Logitech MX Keys.

With Meta continuing to highlight the work-related uses of its metaverse tech, including recent statements from CEO Mark Zuckerberg about its upcoming Project Cambria headset, expect to see more keyboards and other devices get VR support via updates like this in the future.

Mon May 23 , 2022
Digital marketing is everywhere. From YouTube videos and TikTok, down to Google Ads and Augmented Reality (AR), you can use almost any digital technology to market. Therefore, it is not surprising to see many marketers using digital marketing. When it comes to digital marketing in 2022, it is different. Expect […] 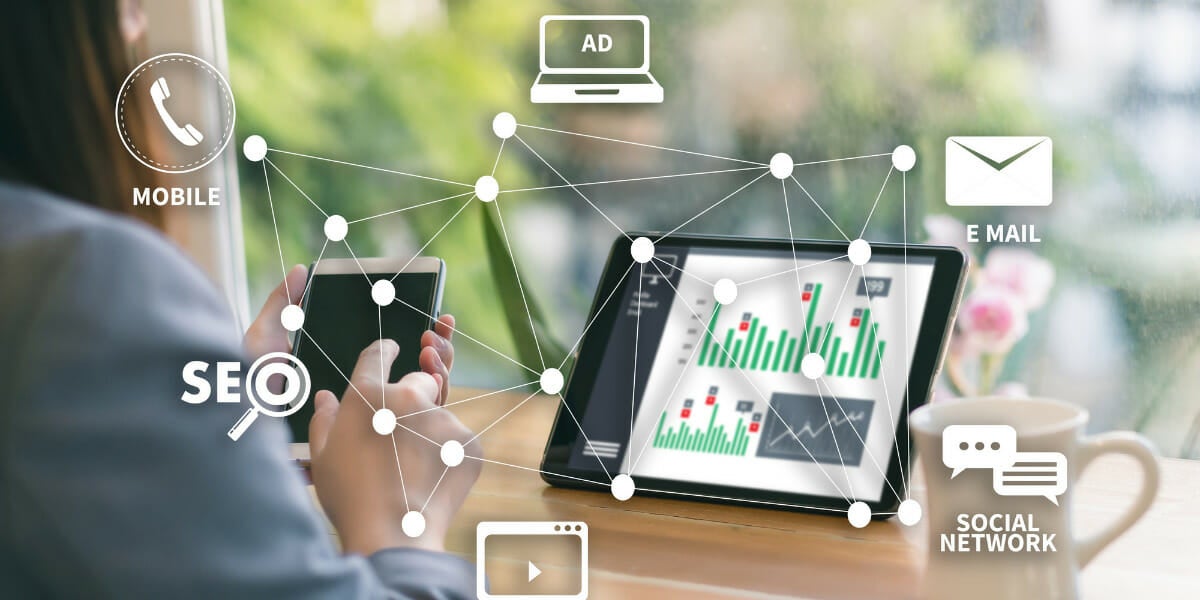