BCS Fellow Martin Carpenter has been the initial driving force in an agreement between BCS and the JTDA. The partnership agreement came in December 2021 to offer reciprocal memberships and more. Working with Stacey Hines, President of the Jamaica Technology and Digital Alliance (JDTA), this is a great example of members driving opportunities through their advocacy.

Martin Carpenter is of part Jamaican heritage and is a regular visitor to the island. He visits every two or three years for a couple of weeks and has done so for the past 30 years. He says, ‘I think it was about August last year I was poking around, and I saw that Jamaica had a computer society. I’m quite curious, so I joined, and realised the JTDA was trying to do a lot of what the BCS is doing in terms of professional development.’

Stacey Hines points out that this is not a coincidence: ‘At the inception of the organisation, the Jamaica Computer Society (its pre-rebrand name) was modelled on the BCS. So this, for me, felt a bit serendipitous, especially since I knew the BCS had undergone its own rebranding. With our rebranding I felt that at least I know there’s some validation for the change. A bit of comfort!’

Hines’s view is that, historically, computer societies have been somewhat of an old boys’ club and so it was a difficult space to navigate as she entered into office. Top that off with having to pull a new strategy together – especially as the pandemic then hit.

As she says: ‘how are you going to really reshape and reinvent this 46-year-old entity in the midst of a global crisis? So, the conversations with Martin felt like the additional support and help I needed. An opportunity to partner with an organisation that we had actually modelled our initial organisation on showed us that we were on the right path and there was merit to this new direction.

‘I wasn’t quite sure of what it would look like in terms of building a relationship. However, I did very quickly observe that there was a thrust towards having much more diversity and inclusion and that there has been a shift in the perspective of what you call the old guard.’

Very early on in the process Martin saw things UK culture could learn too. ‘In the UK we have a diversity and inclusion agenda which is pretty hot. But it’s just a natural thing that happens in Jamaica. Just look at the JTDA leadership team as a great example.’

Stacey Hines comments: ‘The JDTA has a female-intensive leadership team. As a matter of fact, my secretariat is all female, and our exec was actually 80% female. Which I think is really cool. And then of course we are just a diverse culture in general.’

The JDTA had around 500 members when Stacey took over, which has increased to around 800.

As that number increases, member programs that work consistently to deliver benefits that members need became one of the reasons why having a partnership with BCS was very attractive – giving an area of consistency at a global level.

‘BCS is a model for what we needed to do internally so that our local membership benefits would be a lot more robust and a lot more consistent,’ says Stacey.

Jamaican digital transformation is still behind in many areas, in Stacey’s view. And some of that comes down to professional development of the IT workforce.

‘Both inside of organisations and externally, the attitude is – I did my degree, I’m an IT professional and there isn’t a need for continuous development.’ Of course, there is a need for it, but there isn’t a demand for it by the persons themselves to make sure that they are staying abreast through their certifications.

‘Some may do certifications, but they’re not a part of a community that is really holding them accountable for staying current. Even inside organisations themselves, I don’t think there is as much emphasis on the training and upskilling of our ICT professionals as there should be, especially now.’

Stacey is keen to point out that it’s not that Jamaica doesn’t have training opportunities available, but that there is a need for a more formalised approach – she cites the robustness of the SFIA framework, which, with its constant updating to maintain its relevance, doesn’t have an analogue in Jamaica.

Stacey comments on her personal experience: ‘I am constantly seeing the need for tech resources. As the resident techie in my organisation, it’s like “OK. Stacey, we need this person”. Where are you going to find them? And if I find somebody that’s not exactly where they need to be, how are we going to train them? I am sitting in that seat from our private sector perspective, I’m very aware of the need that we have.

‘The graduation rates of persons coming out of university with technology degrees is anywhere between 300 and 500 across the entire island. Now compare this to thousands of kids coming out of high school who may not end up working or pursuing higher education. When you look at our crime statistics, a significant percentage of our crime is being committed by unemployed youth.

‘It’s this cycle that we have an opportunity to break. It may not look like traditional education through a degree- it may look like micro certifications or even just learning specific skills that they can apply in a job until they are able to get certified. So that’s the path.’

Stacey writes about tech in Jamaica every week in a supplement called ‘Digital Life’ for the Jamaica Observer. Often, from a trend perspective, this is about the acute recognition for the need to digitally transform, where there is a significant gap. Resource shortfalls are common, alongside a reluctance to commit to change at the leadership level.

She says: ‘I find that in the private sector you have specific entities that have decided they’re going to take transformation on. Mainly the ones that don’t have much of a choice, like banks, because that’s what the world is demanding from them. But a lot of other private sector organisations are still very manual. They watch the revenues, and if their revenues are OK then they don’t feel the need to transform anything.

‘Inside the public sector the pandemic really exposed just how behind we were as a country in the space of technology, technological transformation and digitalisation. But that has provoked a revisit of our cyber security policies and formalising our Data Privacy Act.’
As in the UK, there are a number of skills issues. Martin Carpenter gives a specific example. ‘I’ve got an aunt who runs a digital business in Jamaica, and one of the problems that she has is in training people up. As soon as they become proficient, they go off to Canada or the States, so there’s not only a skills gap, but there’s a perception that to progress your career, you have to do it outside of Jamaica.’

In terms of infrastructure there is improvement. Martin comments: ‘when Digicel, who provide the cellular connectivity and a lot of the broadband connectivity, were coming into the island, the existing telephone providers were terrible. Things like power as well. There were fairly regular blackouts. The country still has them, but they’re pretty infrequent. These are examples of how the infrastructure has improved enough to provide a good base for a digital economy.’

There’s a lot of investment in business process outsourcing (BPO) in Jamaica at the moment by the likes of Amazon.

As Martin says, that presents an opportunity: ‘The Portmore region in Jamaica has got a lot of investment in terms of BPO capability and that’s driving a lot of demand around services businesses – English-speaking people who can do customer service type roles. Stacey mentions that the Jamaican government are pushing funding for building out the outsourcing sector of the country and they have had success with the contact centres.

‘There is a huge education component behind that,’ says Stacey. ‘Which for some aspects of it we are partnering with them. So, for cyber security we recently offered free cyber training to our members and we’re getting ready to do it again in this quarter.’

‘The Caribbean is geographically close to the US,’ says Martin, ‘which is a huge market to be able to deliver those nearshore tight capabilities. The other thing that was interesting about this relationship as well, from a BCS point of view, is because the Caribbean is quite well connected in between the islands.’

The opportunities go beyond a single island, however. There are already other conversations going on with Trinidad, for example, and the plan is to broaden out to the wider Caribbean – a Caribbean computer society as it were.

Stacey Hines comments: ‘One of the reasons with the rebranding I called it an alliance is because I feel that, ultimately, we can create a Caribbean technology alliance that really allows other smaller English-speaking Caribbean entities to plug themselves into our infrastructure. 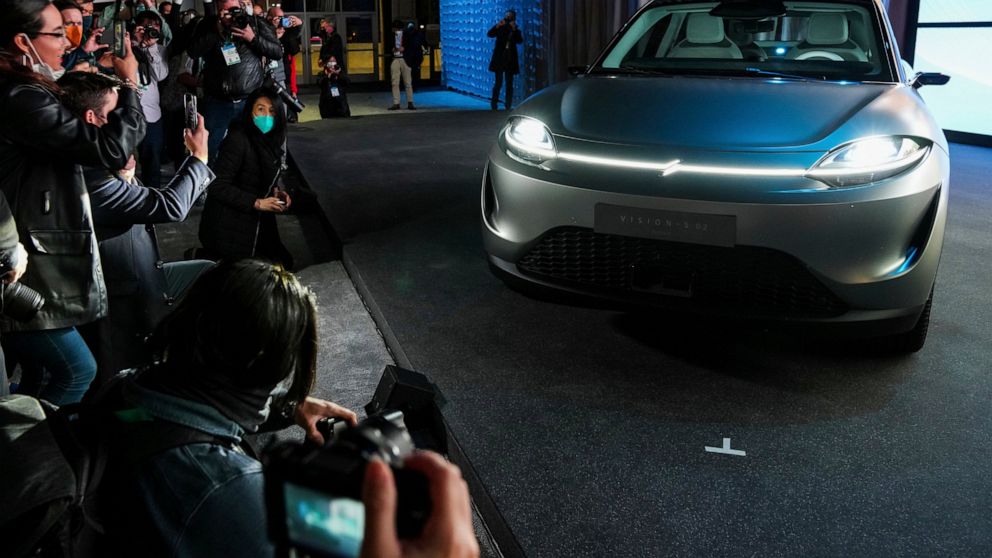